Standing for Birmingham Small Arms Company Ltd, BSA was founded in 1861, for the production of firearms. They chose 25 acres of ground at Small Heath and by 1863 the factory was complete. The brand’s motorcycle division was set up in 1903, and the first motorcycle followed in 1910. 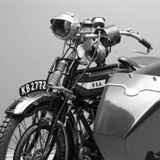 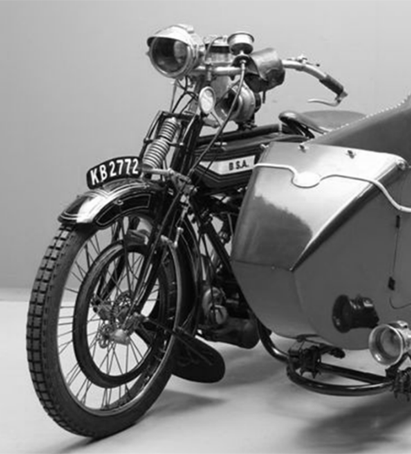 BSA produced 1.5 million rifles, 145 Lewis machine guns, along with motorcycles, the world’s first folding bicycle, machine tools, jigs, gauges, aero components, gun locks, shells and fuses to support 'The Great War'. In addition, there were the staff cars, ambulances and commercial vehicles produced by Daimler, which had been bought by BSA in 1910. 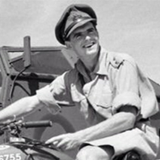 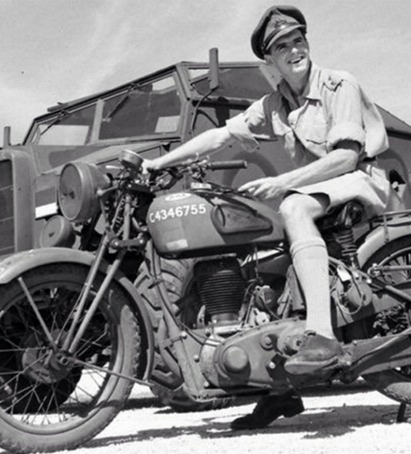 Post-WW1, in 1920, BSA bought some of the assets of the Aircraft Manufacturing Company (Airco), which had built many important aircraft during the war. While BSA did not go into aviation, the chief designer of Airco founded the De Havilland company and BSA reentered the car market under their own name in 1921 with a V-twin engine light car followed by four-cylinder models. In 1924, four BSAs made motorcycling history by successfully climbing Snowdon. 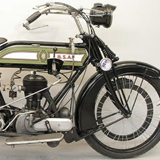 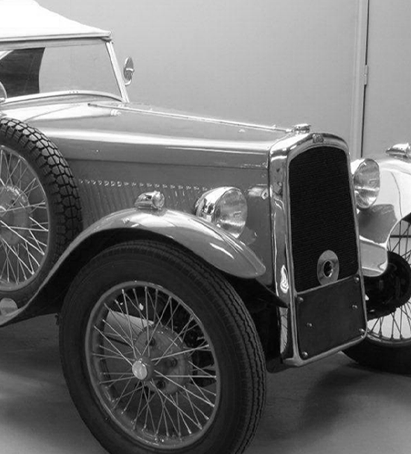 In 1929 a new range of 3 and 4-wheel cars appeared, and in the 1930s the board of directors authorised expenditure on bringing their arms-making equipment back to use. In 1931 the Lanchester Motor Company was acquired, and production of their cars transferred to Daimler’s Coventry works. BSA's motorcycle production increased - the reliable Sloper model gave way to the Blue Stars and Empire Stars and the Maudes Trophy was awarded to BSA for the most meritorious motorcycling performance. 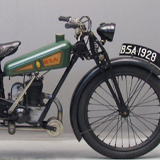 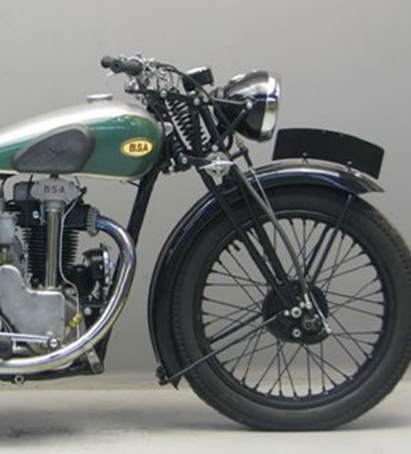 The dark clouds of war gathered and BSA produced munitions components, Browning guns and shell fuses. Included in this were 126,334 service motorcycles - all of which were M20s. 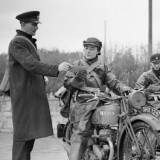 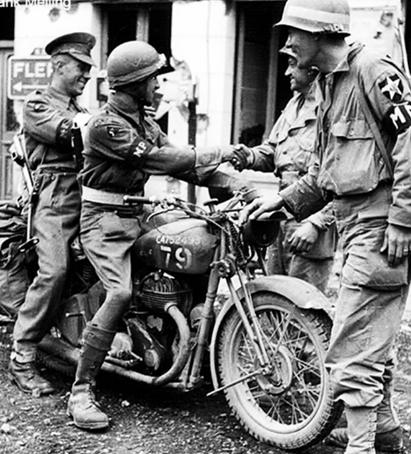 BSA purchased Triumph Engineering Co. Ltd. and in 1953 BSA Motorcycles Ltd. was created by separating from BSA Cycles Ltd. By the 1950s, BSA was the world’s largest motorcycle maker, with one in every four motorcycles sold worldwide sporting the BSA badge. The company also enjoyed phenomenal success on the race track, with notable victories at Daytona and Santa Catalina. 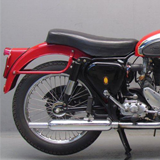 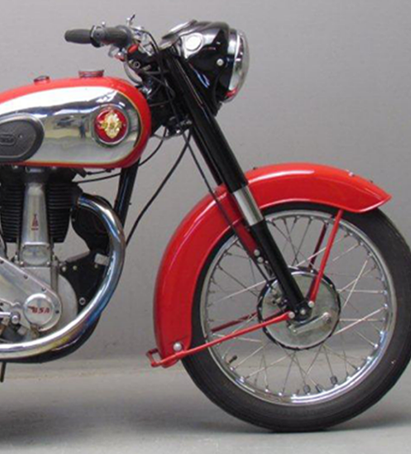 In 1967 and 1968, the company was awarded the Queen's Award to Industry for the export of BSA and Triumph motorcycles. By 1969 they accounted for 80% of the British motorcycle industry's exports. Many organisations, like the AA, used BSA motorcycles for their patrol machines, and police forces all over the world preferred the BSA. The new three-cylinder machines were launched, with a reputation for performance and reliability. 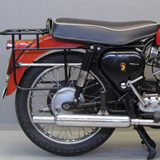 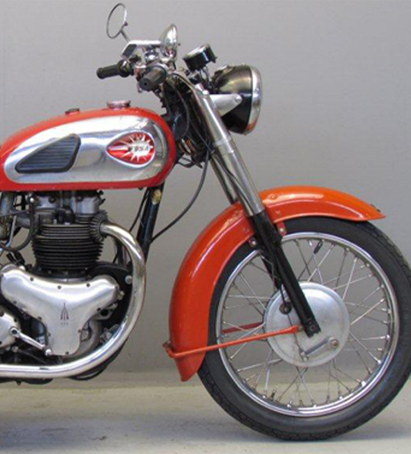 In 1971, the Group found themselves with a trading loss of £3m, despite all their success. In late 1971 rescue attempts were undertaken with 13 new revised BSA and Triumph models. Due to numerous production problems they missed the market at home and in America. Towards the end of the year they were on the verge of bankruptcy. Sixty-three years of non-stop production ended abruptly in the summer of 1973. 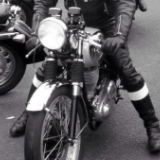 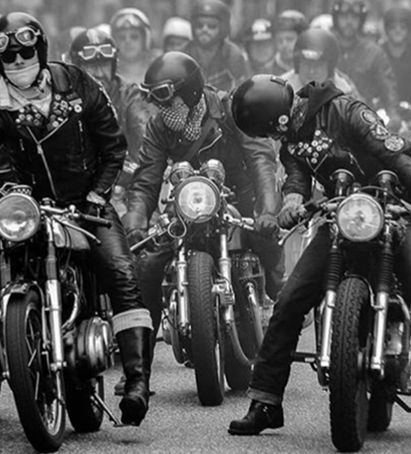 In 2021, after a tantalising wait, BSA Company Ltd launched its first new model, following its acquisition in October 2016 by Classic Legends Pvt. Ltd., a subsidiary of the Mahindra Group. 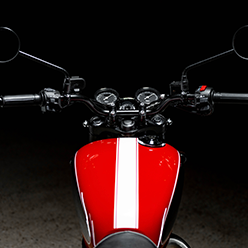 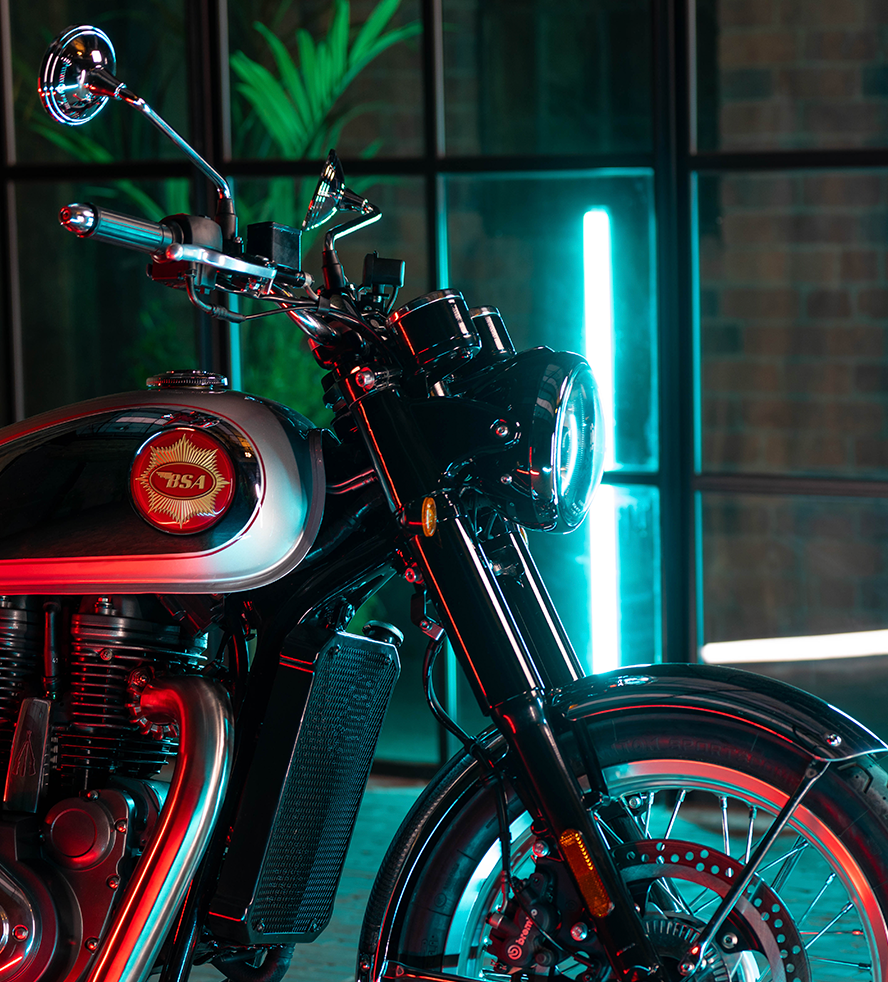 info@bsamotorcycles.co.uk
We use cookies on our website to give you the most relevant experience by remembering your preferences and repeat visits. By clicking accept, you consent to the use of all cookies.
Cookie SettingsAccept Reject
Manage consent

This website uses cookies to improve your experience while you navigate through the website. Out of these, the cookies that are categorized as necessary are stored on your browser as they are essential for the working of basic functionalities of the website. We also use third-party cookies that help us analyze and understand how you use this website. These cookies will be stored in your browser only with your consent. You also have the option to opt-out of these cookies. But opting out of some of these cookies may affect your browsing experience.
Necessary Always Enabled
Necessary cookies are absolutely essential for the website to function properly. These cookies ensure basic functionalities and security features of the website, anonymously.
Functional
Functional cookies help to perform certain functionalities like sharing the content of the website on social media platforms, collect feedbacks, and other third-party features.
Performance
Performance cookies are used to understand and analyze the key performance indexes of the website which helps in delivering a better user experience for the visitors.
Analytics
Analytical cookies are used to understand how visitors interact with the website. These cookies help provide information on metrics the number of visitors, bounce rate, traffic source, etc.
Advertisement
Advertisement cookies are used to provide visitors with relevant ads and marketing campaigns. These cookies track visitors across websites and collect information to provide customized ads.
Others
Other uncategorized cookies are those that are being analyzed and have not been classified into a category as yet.
SAVE & ACCEPT